You will see all the reviews of people like you who used the products of Crestwood Bowl (Bowling Alley) near to the state of Missouri.

Nowadays the business receives a score of 4.3 over 5 and the rating was based on 190 reviews.

As you can see it reaches an opinions average is really positive, and it is based on a large number of reviews, so we may say that the valuation is very credible. If people have bothered to give their score when they've done well, is that it works.

You know that we do not usually bother to write scores when these are correct and we usually do it only if we've had a problem or issue...

This Bowling Alley is classified in the category of Bowling alley.

Where is Crestwood Bowl?

REVIEWS OF Crestwood Bowl IN Missouri

Great bowling alley accept for the sock prices. $3 for some $1 socks are ridiculous.

Nice clean place. Not busy at all right before noon on a Saturday.

I love taking my kids here. Staff is great!

Place could be really nice needs a little updating. But it hasn't changed much from the first time I bowled here over twenty years ago. Just so happened my son had a boy's scout bowling night here during cosmic bowling when they turn the lights out with very little light with the lights being on an bright over the pins. Where it makes for pretty hard to see ur mark to throw at. But still round up bowling 4 games or n average of 218 not bad considering really. My daughter bowled with me and she was around 165 average. Plus some young boy was asking her on for bowling tips which is funny n cute at the same time. My daughter taken after me in regards in try n help a fellow bowler.. I don't know what my son was doing he bowled with he's scout troop friend's but I imagine he was doing OK. I try n give him advice but it's not easy he's kinda stubborn like I was at his age. Lol. To tell ya the truth I could see myself bowling here on a league if given the chance.

If I could give them zero, one star wouldn't have been my choice. I bought a groupon that said an appointment was needed, I didn't make an appointment, however, there was no one in the entire building but 2 employees, besides who came with me. One employee asked another employee how many lanes would be open after a league came in. The other employees gave him the specifics, and in spite of lanes still being available after they'd come in, he refused to give me ONE. Maybe it was because myself and the others with me were black, so yea, I'll say it was probably our race. I'd NEVER come back here.

I would love to know how someone got my phone number from this place. I left my bowling ball up there to get some work done on a Monday and on thanksgiving at 1030PM I received a phone call from a very rude and ignorant person wanting to “buy my ball”. This person did not give me any indication that they were employed by this establishment (which makes it even worse that they had my phone number). Needless to say I will be visiting this place to have a conversation on business etiquette as well as giving them a lesson on how to treat their customers. If this lack of respect is how they want to operate than I would not recommend them to anyone.

I think some of the lanes may be tilted. The staff is always friendly so we keep going back.

Love it there! They make you feel part of the family!!

Make sure you use hand sanitizer while using their house bowling balls. I witnessed staff (specifically “Brad”) use the restroom and not wash his hands afterwards. Does “Brad” work in the snack stand too?

Good to bring a group u get more discounted

What one expects at a bowling alley. Kinda pricey to play.

Not that much bad kind of old no upgrade

Their approaches on their lines are a little rough. But overall a nice bowling alley. They also have a decent burger and fries

It's a great place to go Lot of fun and very nice people work there.

Still the best place to go bowling in all of St. Louis!

That Girl Who Eats

A nice surprise. The lanes are nice and very affordable!

We enjoy going to Crestwood Bowl on Tuesdays and weekends for the low prices and laid back atmosphere. The alley is pretty standard for the area. A little run down and sticky. The bartenders are friendly, but I have never seen them check IDs, even when customers appear too young.

Great place to bowl, the snack bar is ok. Pretty average cost. They have good promotions for kids.

Nice bowling alley. Nothing too special, but it works.

Great place to have a great time! Bowling is fun

The place is nothing special but we had a good time and the prices are actually really good. There’s a bit of a musty or water damage-y smell to the place as you walk in. It could use some updates but the place is nice otherwise. I’d go back. The crowds are definitely very low.

Decent alley. Nothing outstanding in either direction.

Bowl on a league there , always fun time good $$$$ on drinks and food

Fun for the family

We held a fundraiser for a family here a few years back, you can't meet a nicer group of people, a smart manager that knows a fair sale and how to give very accommodating service! Clean, nice, great bowling options and good atmosphere! Love this place!

We really enjoyed our experience. The staff was very very nice! I recommend Crestwood Bowl! We will definitely be back! Thank you for an amazing time.

Not my favorite bowling alley it's a pretty run down place. They still allow people to smoke in the bar area, which isn't that big of a deal, but it makes it to where personally I don't really want to hangout in there.

I would give this a 0 if I could. I came there for a friendly function and brought my brand new black widow dark legend at the time. Within 2 games the machines left giant chuncks in the ball. Not scratches but chunks missing. The ball had less than 20 games on it and it was ruined. So what I did I took it to the pro shop there and they said they would fix it. Not only was it a day late from being quoted all he did was sanded it down until it was egg shaped. It was sanded so far down to were it no longer weighed the proper weight for usbc sanctioned tournaments and the ball was never the same. So now I'm out hundreds of dollars because we're I was told I was gonna be impresued with the work instead I'm stuck with a couple hundred dollars burning a hole in my wallet. Be warned when going there, don't have what happened to me happen to you.

This is a great place to bowl; every time I've bowled here I've gotten great scores, like in the 140+ range. I'm on the Kirkwood High School bowling team and in league I had my best game here(221) and I have practice here and I always perform better at these lanes than any other lane I've played on.

Guy was very nice. even when using groupon and I was suppose to make reservations as well as no groupon on that particular day, didn't read small print thoroughly. He still allow us to bowl .

The bartender on Friday night was exceptional, very nice and a credit to the bar. I suggest giving her a raise and making sure you don't loose her

Super Clean family orientated business. Smalls great unlike few other bowling alleys. The owner is a super sweet guy. Extremely help full and very friendly. Not a bad thing I can say about this business. I enjoy taking the kids here

Great place for family and friends to relax and have some fun bowling.

Tried to bowl there but they had a camp there that took up EVERY SINGLE LANE! They should have left a few lanes open for everyday customers.

Literally drove for half an hour to be told to leave because they believe all their lines will be full in a couple of minutes with a small league, not even a game they let me play.

Food is cheap. Bowling is expensive.

We did Cosmic bowling and had a blast they even accommodated our music requests :)

This is a really great bowling alley we always have a ton of fun there and it is reasonable. Just be sure to check the hours before you go I have always been great with customer service and working with us when we've had larger groups or smaller groups. I'd recommend this bowling alley to others for sure

A group of “regular bar patrons” attempted to assault me because they mistook me for another person. I’ve never been to Crestwood Bowl before so not only was I surprised, but also entertained by the small-mindedness of the circus being performed there. EVERYONE was uncontrollably intoxicated and encouraged to drive away at closing time (which was loosely defined as between 1:30am-3:00am according to the bar-maid Tracy) Both the bartender and manager failed to recongnize the obvious concerns to my safety as I was berated and harassed by many overly intoxicated locals. I made a formal complaint to the service staff who simply turned away from me as two large men (patrons) laid hands on me. I’ve submitted a formal police report and will make sure that this event sees full justice and that all individuals involved are fully questioned by authorities.

Good experience with friendly staff. As far as I saw, everything was well-maintained. If you go here and there are no parking places in front of the building, there is a larger parking lot behind the building, so even if it looks like there's no parking space, check the back lot. The front lot makes the place seem deceptively full.

We really love bowling here. The best part is the music, it's not blowing my ears out. It was nice we could talk and enjoy our time. They are part of the kids bowl free which is great. They have bumpers and kid ramps but the ramps aren't the best. Overall we really enjoy going. 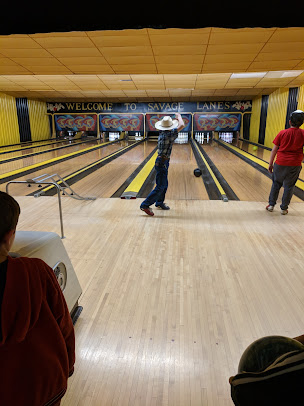 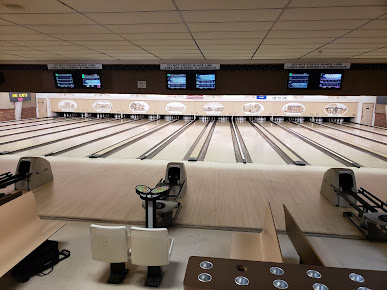 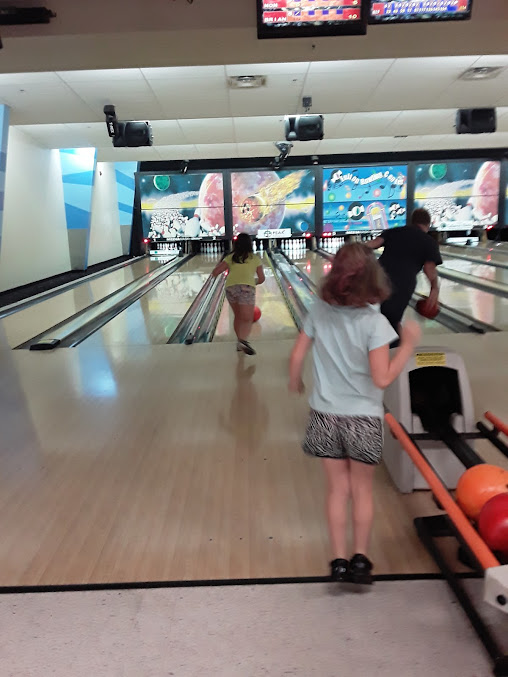