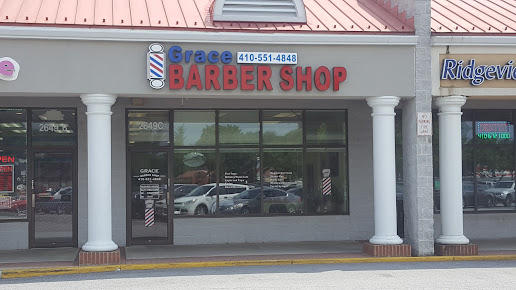 Here you will see all the opinions of real people like you who used the products of Grace Barber Shop (Barber Shop) in the state of Maryland.

At this moment this business has a score of 4.1 stars over 5 and this rating was based on 43 reviews.

You must have seen that it reaches an opinions average is quite good, and it's founded on a high number of scores, so we can be pretty sure that the score is very reliable. If people have bothered to evaluate when they are pleased with the business, it works.

You know that we do not usually bother to set opinions when they are correct and we usually do it only if we've had a problem or issue...

This Barber Shop is included in the category of Barber shop.

Where is Grace Barber Shop?

Grace is the best. Even got a haircut by someone else when she was gone and he didn't do bad. Only person I would advise against is the older oriental man on the right. Other than that they are good and atmosphere is great. BRING CASH. THEY DONT TAKE CARD.

Thank you Jerry for a great hair cut! It has been 3 years since I've been to a barber shop for a haircut. I love my hair cut! You gave me exactly what I asked for. You took care of me with the utmost professionalism. The atmosphere was very calming and inviting. No long wait time and very efficient. Thanks again and I will be back!

Does military cuts exactly the way you want it. Costs $15.00 saves you the hassle of getting a random Barber at the PX.

Worst haircut of my entire life. I explained the way I wanted my hair.. I even showed a picture and I still did not receive the haircut I asked for. I was cut almost bald.

Always the great service and Priscilla is the best!!!

Timely, well priced, solid cut. I've been satisfied with my time and enjoy my time. They take appointments as well as walk-ins.

$17 men's haircut. Happy with the result. Primarily clippers on all clients. Wait around 30 minutes on Saturday afternoon.

Warm atmosphere, things to read, things for the kids to watch and do, good barber who works with you to get to the style you want.

First time here from out of state. Was so impressed with the cut. Dieu Do cut my hair and took his time doing a wonderful job.

This is a Christian Establishment. The owner was practicing piano while I was getting my haircut. I really enjoyed the gentleman that cut my hair. I think I found a forever friend. I also noticed it is a multicultural barbershop which is really refreshing to see. I will definitely be returning.

Great place! Everyone is friendly nice atmosphere great place to get your haircut.

I was in the area visiting my son and we needed haircuts. We decided to go to Grace Barber Shop. WOW great haircut at a reasonable price. Very reasonable wait time and great conversation. I wish this shop was in my home town!

The service is great , they do a good job and the atmosphere is great.

Owner’s behavior was inappropriate and unprofessional with my husband.

Been seening owner for years. Kid friendly and very clean.

The best cut I've gotten since ever....

Took me a while to find a place that I like but this is it for me in Odenton. Everyone there is great.

Average cut, but I think it could've been because of my specific barber. He seemed to take his time cutting, but was nervous about each cut and didn't seem confident. The outcome wasn't awful, but wasn't great. It wasn't until my cut was done that he told me that he is not in the "system" and that I had to pay in cash, but had no cash. I specifically went to this shop because they accepted credit card. I had to run to the gas station to get cash out at the ATM, but the gas station, of course, was closed. I had to cross the 4 lane road to the other gas station to get cash. My fault for not having spare cash on me, but at least the barber could have told me up front. Not pleased, especially since I have been trying different barbers in the area to find the right one. I thought with the higher price here that would come with better service and quality, but I was wrong. Will not return.

I have had a good experiences here before, though today I asked for an inch on top and got half an inch instead. The barber said it was the guard being used.

Went to this place for n a whim but honestly this place has high prices and their Service is just ok. I feel like the people that were so impressed with this place haven’t been to other barbershops in the area. Other places have better service for a lower price.

Great place for a haircut! Jerry is awesome!

It's always nice when you go in and they recognize you. They're super friendly and great fit for the price.

Ver nice and professional barber shop but there is a barber there who has no business cutting hair. Jerry is terrible maybe eyes are bad if yo go there he will be sitting with no cuts because every one who goes to him will never go back. Shape up is crooked fades are bad he cut my son hair an ruined it watched him cut another guys hair after while I waited for another child in another seat an the person complained and didn't let him finish. He needs not to be a barber hope he finds a better job to suit him.

View Phone NumberPHONE NUMBER: +1 410-551-4848 Call Phone Number
View WebPageWEBPAGE: WE DO NOT HAVE THE WEBSITE 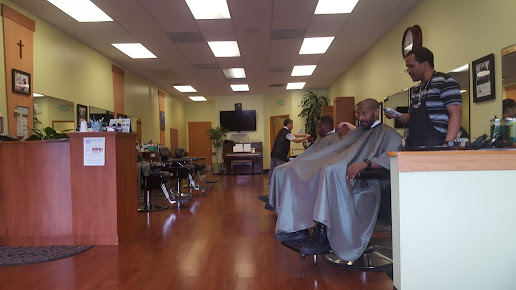 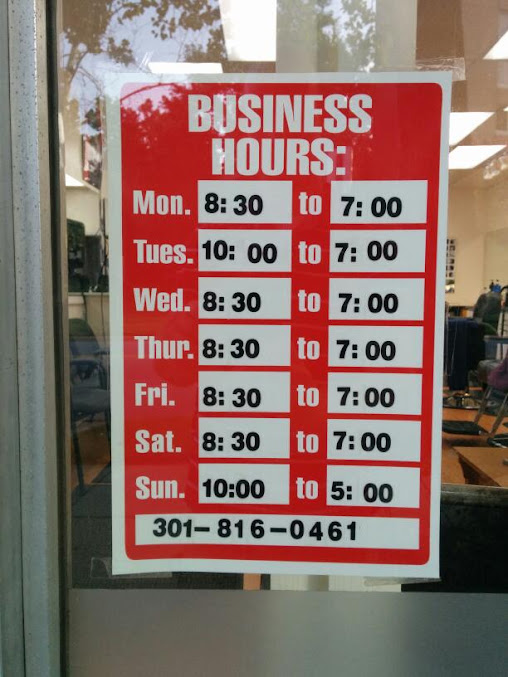 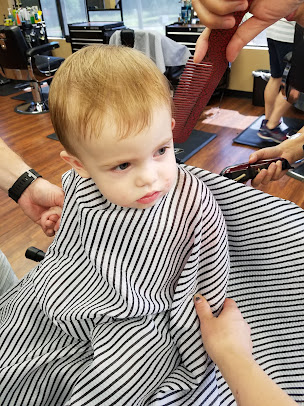 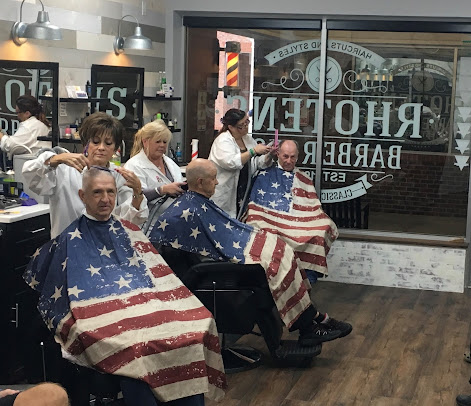