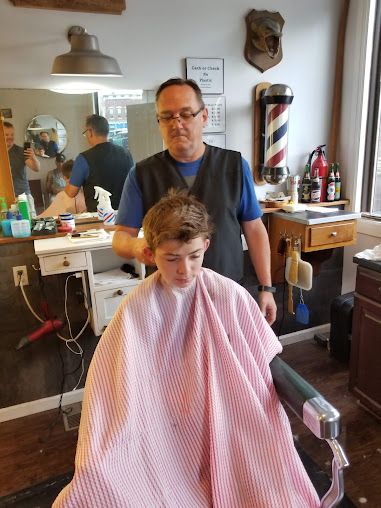 You will be able to see all the information of real people who consume the products of Dick\'s Barber Shop (Barber Shop) near to the state of Indiana.

At the moment this firm has a rating of 4.9 over 5 and the score was based on 33 reviews.

You may have noticed that it has an average rating is practically the top, and it's based on a large number of feddbacks, so we may be pretty sure that the assessment is quite accurate. If many people have bothered to value when they are satisfied with the business, is that it works.

As you know, we do not usually bother to place scores when they are positive and we usually do it only if we've had a problem or issue...

Where is Dick's Barber Shop?

Great place for a real haircut

Reasonably priced, great friendly service. A true barbershop where you can get a good haircut.

Phil's a great guy. And you always get a good haircut for a good price.

Nice enough guy. He is not as good as he thinks he is. I was clear about how I wanted to grow out my facial hair (I had a pretty substantial beard, maybe 3 inches all around) and he said he would just trim it and bring my line up. 5 minutes later he is buzzing straight down the side, cutting it to about 1/2 cm. My hair also doesn't look like he really cut it aside from the sides. The only reason he is getting 2 stars is because it was very reasonably priced at $15. The closest I can describe it was like that haircut you get from the local beauty school because their students need practice, but you don't go in expecting a good haircut. Will not be returning, it is honestly worth it to just pay the extra money to get someone who will listen to you. Edit: Lowering the rating from 2 stars to 1 star. Would give 0 if possible. I figured after I got home maybe a shower would make it look okay. After showering I realized that neither the line on my beard nor my neck were even. Had to even them out myself. DO NOT waste your money here. Go somewhere they might actually know what they are doing, like the aforementioned beauty school. At least you know they take classes to have some idea what they are doing.

I walked right in, there was no waiting, haircut only cost 12 dollars

Great old fashioned barbershop. I've never had a bad haircut. They are usually good for a conversation and really make you feel at home.

Place is never open many of the days they post being open. Never update Facebook when they are going to be open. Can't be bothered to answer phone. Runs more like a hobby then a business.

if you want a real haircut this is where you will go, I personally like flat tops and they did a really good job

Really nice guys, but sometimes the wait is near an hour ... very popular. Good prices for Burlington.

I've been going to Dick's for years now. I enjoy going because I know that I'm going to get a good ol fashion haircut.

Best place to get a buzz.

Good place to get a good cut, couldn't recommend them enough. I'm new to town and feel like I get a history lesson every time. Theywill cut your hair however you like and they are committed to getting it right, and having a good time while they're at it. Just remember, cash or check, no plastic!

I like this shop a lot :) Cheap, nice haircuts and good conversations.

I love the atmosphere and ambience of this place. It takes you back in time. I enjoy taking my boys here to see what it's like to be at a real Barbershop.

Straight up solid haircut. Dick and Aaron are quality barbers, and the price is right.

I was told I could come back before 12:30 to get a haircut (they close at 1pm), but when I returned at 12:24 the shop was closed. I would have made an appointment elsewhere if I knew they weren't going to honor their posted hours. The one haircut I did get from them a few months ago was good, but this experience has left me hesitant to come back. It seemed that the barber who told me to come back was annoyed that I didn't want to wait in a long line, and was further annoyed when I asked if they made appointments (they don't).

Good hair cuts, good pricing and a nice place to get a hair cut.

Finally, a real barbershop where you can chat with the other customers while you wait, no appointment needed, and the cut costs $15, not $50. They even finish the trim with a straight razor for the neck and ears. Dick and his son Aaron are great guys and give the best haircut in town!

Been going there for years.

Every time I go, they get me right in as soon as I walk through the door. If I had to wait, it's certainly no biggie. Very kind, friendly and funny, it's an extremely relaxed atmosphere.

Nice enough guys there. But when I walked in asking for a head shave he looks at me like I have two heads and says he can’t do that. I’m thinking he’s messing with me... it IS a barbershop right? Do they just not do that up here? And no, a close buzzer cut is not practically as close as a razor shave.

They always treat my 95 yr. old father with respect and do a great job on his hair.

Quick standard good cut. But they use same razor for everyone, this is not good!. Blood related diseases could get transferred to others. If you ask them to use new one, they do it. But you should not need to do that, right?

View Phone NumberPHONE NUMBER: (765) 653-9056 Call Phone Number
View WebPageWEBPAGE: WE DO NOT HAVE THE WEBSITE 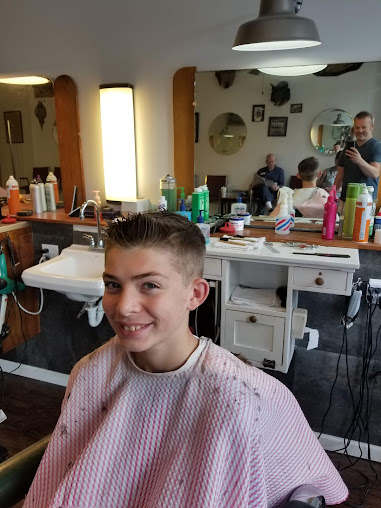 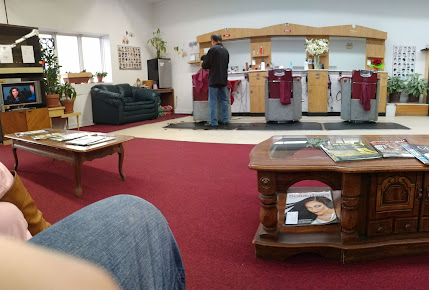 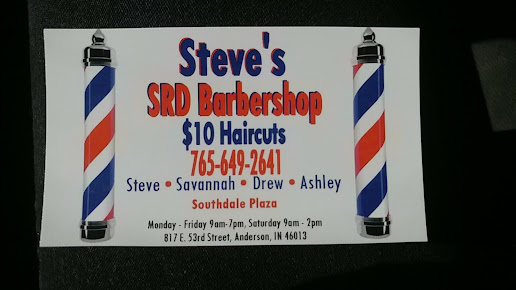 The Back Porch Barber Shop