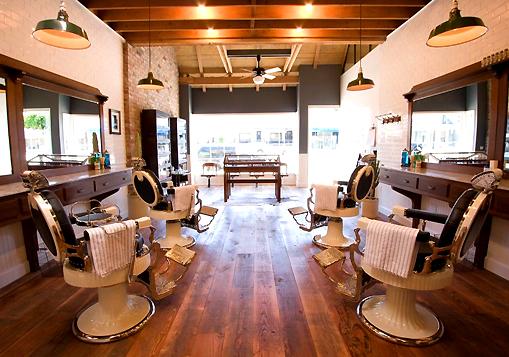 We have the information of people who consume the services and products of Baxter Finley Barber & Shop (Barber Shop) in the state of California.

Right now this firm gets a score of 4.2 stars out of 5 and this score was based on 86 reviews.

You may have noticed that it reaches an feddbacks average is good, and it is based on a very large number of reviews, so we can be pretty sure that the rating is quite faithful. If there are many people who bothered to rate when they've done well, it works.

As you know, we don't usually bother to write feddbacks when these are good and we usually do it only if we've had a problem or issue...

Where is Baxter Finley Barber & Shop?

Do yourself a favour and don t go there!

Andrew is the real deal! Finally found someone who can cut my hair in LA!

Erik is a great barber. Skillful and very personable.

don't recommend this Too expensive

Arrived 5 mins early for my appointment and checked in. After waiting for 20 minutes and watching other people arrive and be taken for their cuts, I asked how much longer and was told that it would be another 10 minutes or so. Don’t give appointments if you can’t honor the times. Or at least have the decency to call your appointments and let them know you’re running behind...or tell them whilst they sit there waiting.

This place was absolutely great 2010-2013. Quality has tanked a little bit here and there since. DTLA seems to have best barbershop's now.

Great barbers. I never leave feeling unsure about my cut. Cool vibe as well. All of their products are of high quality and priced reasonably.

Great men's cuts with some really talented barbers (especially Victor). Book in advance if you can.

I received a fantastic cut from Chris James once. On my second attempted visit, I booked a 4pm. They later called needing to reschedule me for 8pm which was more of a challenge to get to, but I needed the haircut so I took it. When I arrived 10 minutes late in the last hour of the day to an empty shop, the receptionist claimed there was one other appointment after mine and then the barber refused to take me as he packed up his station. Firstly, how do you fit two 40 minute appointments into one hour? Second, while I understand the importance of punctuality in your industry, you'd think that after you rescheduled my appointment due to your own scheduling conflicts, an establishment with respectable customer service would rise up for a little more accommodation. A great haircut in LA isn't as rare as over the top customer service. Strong social and business skills in regards to customer retention stand out just as much as the quality of the service itself. I'll go somewhere else for both.

I've been coming here for years, back when Daniel Alfonso was working. Its an awesome barber shop. Plus they have some amazing hair, facial and men's cologne products that Im always constantly buying. I don't use no other gels or hair products. Only Baxter Finley. Great place for all your Manscaping needs.

Great haircuts, on the pricey side kinda; although they’re always on point.

Showed up on time and waited forever. Walked out.

This is one of the reasons I fly to LA on a regular base. So far I was never disappointed by anyone. The interior design is amazing and I can’t live without the products.

Good barbers, Great products, but strict scheduling policies and they are always too busy

Really hip place. Barber gave me a good cut for a reasonable price. Would go back

Nice place we just walked by it never been yet

Ananda gave me a great cut and a great conversation. A lot of times I find out how good a cut really is by how it grows out, and I’m looking great for weeks afterward. Time to go back...

Reasonably priced considering the high end service and vibe. I love it

Michelle (the receptionist) is an absolute garbage human being. It's an absolute nightmare dealing with her. She has a very unlikeable character and personality. Avoid at all cost. What ever you do, lower the number of interactions with her. You'll have a better day.

Carmen does a great job!

I see Gilbert regularly and Francisco every once in a while. They're both great with short mens hair and always know what I'm looking for. Great atmosphere and staff overall. Only complaint is the relatively high price for a simple cut, ~$45+ for most of the barbers. I haven't found a place in LA better for that price. Highly recommend.

I'm still wearing the bad haircut I got here from 4 months ago been waiting for it to grow into something natural looking, been tying my hair back and wearing hats ever since

Both of my sons, age 19 and 23, go to Baxter Finley to see Ramos. The shop is beautiful, quiet and immaculate. All of the stylists there are talented and cordial. It is always a treat to go there. My sons highly recommend it, for haircuts and the straight razor shaves. Love the hot towels!

Went there for the first time today. After reading many reviews and checking out the website. I was sold, the online booking was definitely key. Staff is very friendly on the phone and accommodating. My appointment was with Ricky, awesome barber. Gave me a great cut and shave. Coming back for sure!

always a great cut with anthony or chris james. nice to have two stylists i trust because one will have an appointment open when i wake up one morning to find my hair is a big scary bush and i book a the last second! shop smells nice too.

A great cut and shave from Anthony. Fantastic experience overall.

Anthony is the man. BF was recommended to me by my barber in NY when I moved to California, I haven't been disappointed a single time.

Reasonable price, great service and very friendly people. They have got it all. Props to Baxter Finley Barber & Shop. Highly recommended

I would avoid Carmen at all cost completely ruined my hairline, would suggest Chang instead.

Chang gave me the perfect cut, listened to exactly what I asked for and had great attention to detail. Even better, she was super chill with a great attitude and fun to chat with! This is definitely my new go-to shop when I'm in LA.

Great old fashioned barber shop catering for any time of hair cut not just a barber plus all the Baxter products to buy on tap.

Amazing place with extremely talented barbers. Totally worth the price

An amazing barber shop experience. Hairs and beards and shaves.

Had a great first experience here. My stylist was great and did a wonderful job. Everyone there was very nice and cool. I will go back next time!

Got to get a fresh cut off Gilbert, an absolute gentlemen. In LA for my honeymoon and started to caveman so needed a cut he gave me some tips for a couple of my next destinations and we had a good chat, couldnt be happier with the service I received.

I was visiting LA and i decided to refresh my haircut at Baxter. I wasn’t disappointed! Julien is a real professional, he did a great job, exactly what i wanted

Been going here for about 2 years now. I've always got a quality haircut from these guys. I usually go and see Mike or Victor, although all the barbers are great. Great vibe, awesome music and the perfect atmosphere for a great haircut experience. I highly recommend Baxter Finley.

The only place I will get a haircut after years of searching in LA every place I had gone was over priced or inconsistent (Floyds) but Baxter Finley does a great job every single time.

Best Barber shop in LA! Every barber is high quality and the atmosphere is cool.

David Alexander is fantastic! Very fun and easy to talk to let alone his attention to detail with my haircut. I highly recommend him, and definitely will be going back to see him!

This place is the real deal. Chill. Professional. They get you in and get you out with courteous customer service. That kind of service comes at a cost. Their haircuts are not cheap. True example of "You get what you pay for." Be sure to check out Ryan for your next cut. He's the man!!! 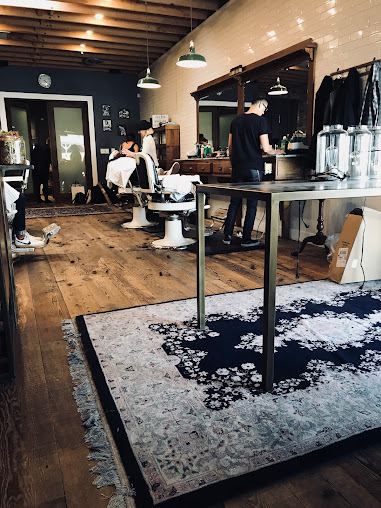 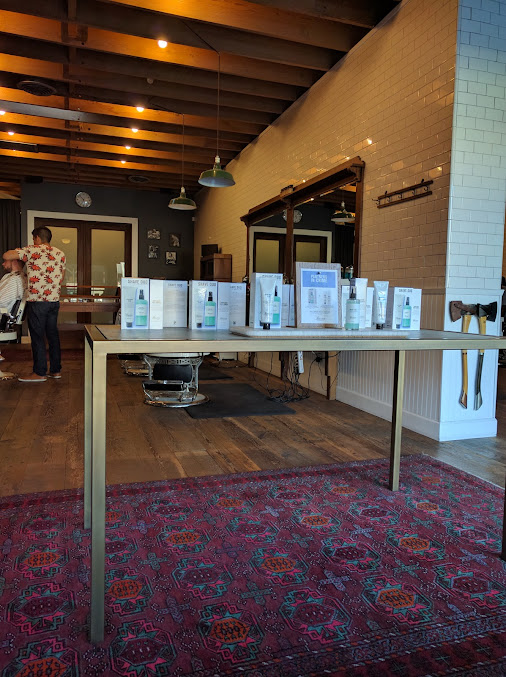 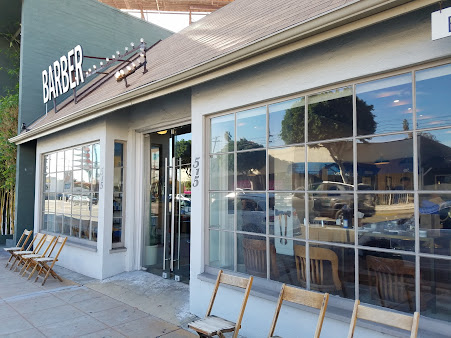 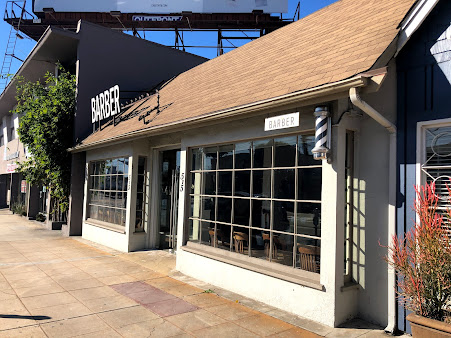 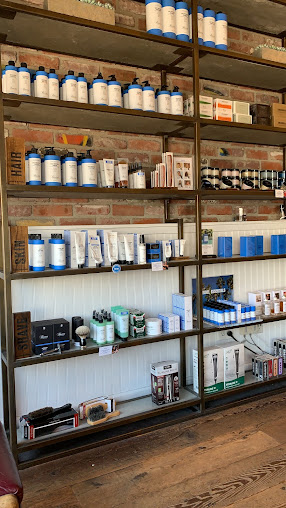 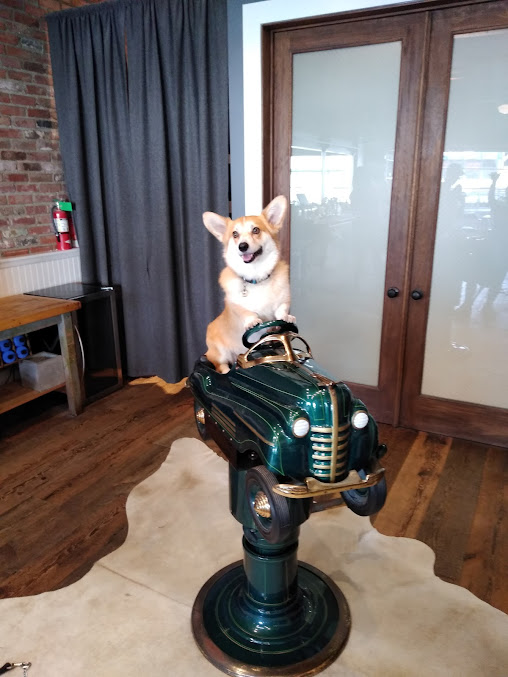 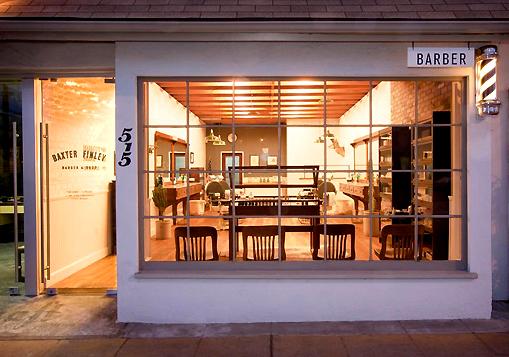 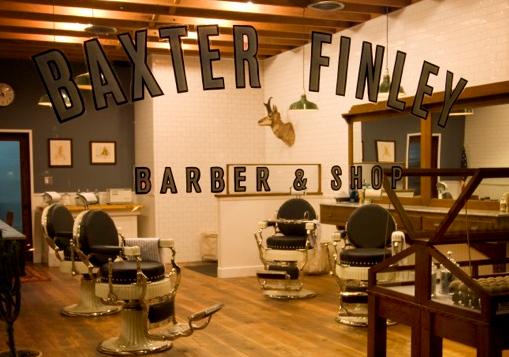 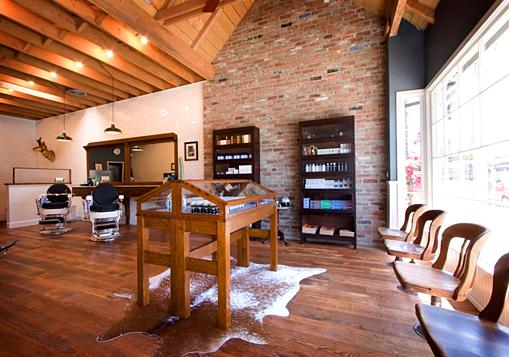 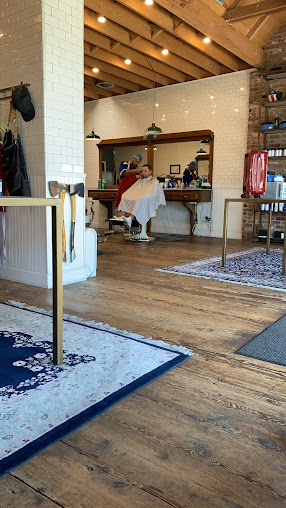 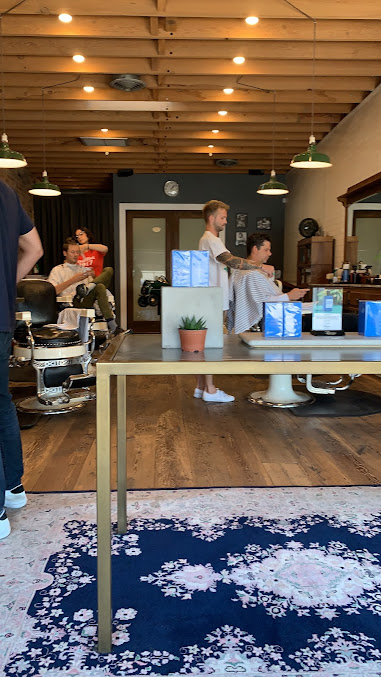 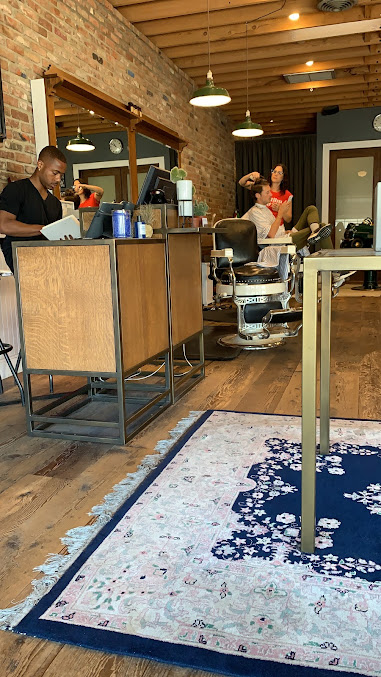 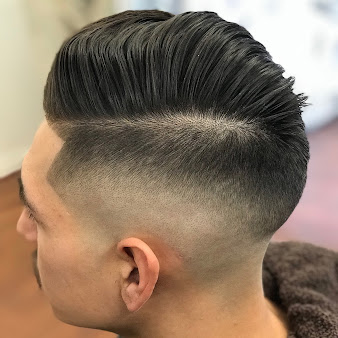 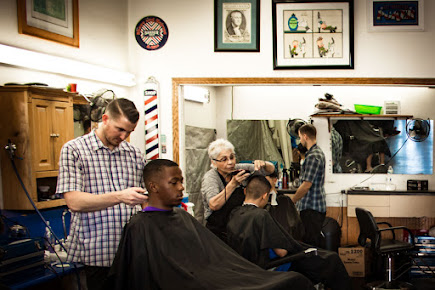 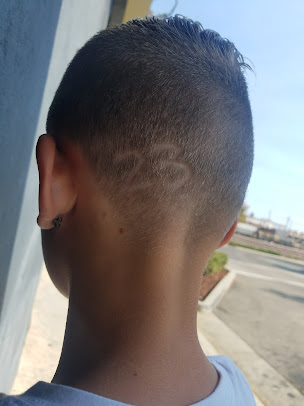 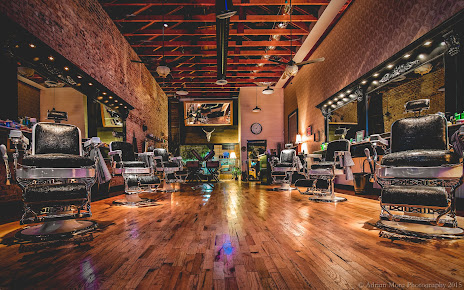