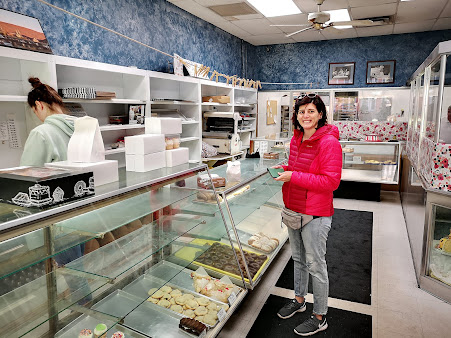 Here you will be able to see the feddbacks of people who are consuming the services and products of M & M Bakery (Bakery) near to the state of Maryland.

At this moment this firm receives a score of 4.7 stars over 5 and that score is based on 57 reviews.

As you can see it has an average rating is basically the best one, and it's founded on a high number of scores, so we may be pretty sure that the assessment is very reliable. If people have bothered to value when they are pleased with the business, it works.

You know that we do not usually stop to write feddbacks when these are good and we usually do it only if we've had a problem or incidence...

A surprise for my family!!! An awesome place to get sweets!!

Great quality and fresh donuts. The staff are very nice to talk with and the bakery has been in the community a long time.

Honestly, I've worked here for almost 2 years, and the service our customers get is among the best. We do our best to help out and make sure everyone leaves happy. Not to mention our donuts, cakes, and cookies are tasty. ☺️☺️

Get there early daily! Absolutely blown away how good their food tastes. Cookies cakes and other bakery treats! Cheap too! I got filled up on $5 worth. And I still took something to go!

Best not only on the area, but globally

The doughnuts are soooo good.

Try not to go here a lot, or at least walk. It is all very good.

They literally have the best cream filled donuts within a 100 mile radius.

Donuts were not really impressive.

If you want donuts or pastries, this is absolutely the place to go. In terms of event cakes or sheet cakes, you may be better served elsewhere. The frosting is good, but the cake itself tends to be dry. Try Lorenzos in Frostburg for cakes. Also- no credit cards can be inconvenient.

Swear the donut cream filling & icing is absolutely the best!! Addictive if you ask me. Hate that they stopped serving frostburg 7-11's morning donuts. I was an everyday patron, but I can't drive to Cumberland everyday for one!!

Made fresh Daily. The true treasured delight for any occasion from early in the morning to that late night craving M&M pastries are the best locally ground the area.

Selection was poor, donuts were good, taste is good, costs are pretty low. Apple fritters were not the best. Classic is the way to go.

A hometown gem! Love the donuts and Tea Cookies. A must stop location. Cash or Personal Check Only Business.

Their buttercream donuts are the best I have had, I was lucky to have a change to stop by before my train arrived. I was able to get an amazing selection of freshly baked donuts for under 0.70 cents each. Well worth the price, I only wish they made donuts like these in Baltimore.

If the smell doesn't get you wait til you take that 1st bite. Holee pastry batman!

The BEST cake and icing ive ever tasted in the area

Good. I wish they had more choices.

Was told cake was $23 plus tax. Gave woman $40. She went to get the cake then informed me it was $19.08 with tax and gave me 92 cents change. I asked about the other $20 owed me when the owner came over. She denied me paying $40 while another employee there who saw the whole thing said nothing. After being called a liar by the owner I left and will never go back again.

Wonderful bakery! Been dealing there for years.

I stopped in Cumberland as a halfway point meeting up with family and saw the reviews for this place, so I thought I'd try it. As soon as I walked in, it reminded me of the old great Keller's Bakery in Linthicum, MD. Fresh made doughnuts, old bakery, cash only. I asked the cashier the best item, and she said marshmallow filled was the best seller and her favorite, so I got some of those as also the cake doughnuts with chocolate icing (they were the best at Keller's). The pickings were slim since it was 10 am and they had been mostly cleared out. I see why marshmallow filled is so popular, its overflowing with marshmallow, nice and smooth and creamy with sugar dusted on the doughnut. It really tastes amazing. Myself, my wife, my kids and extended family members agreed! The cake doughnuts with chocolate icing were also great, not the same as Keller's (lacked the little crispiness I loved). The cake was nice and moist, even two days later. The chocolate was covering the top of the doughnut (not just a little like Krispie Kreme), but I would have liked a little more. I'll be sure to stop here again next time I'm going through Cumberland in the morning. It's on the pedestrian only Baltimore Street; however, there is free two hour parking and metered parking on the intersecting roads (that do go through Baltimore street). Highly recommend, just get there early!

View Phone NumberPHONE NUMBER: +1 301-722-2660 Call Phone Number
View WebPageWEBPAGE: WE DO NOT HAVE THE WEBSITE 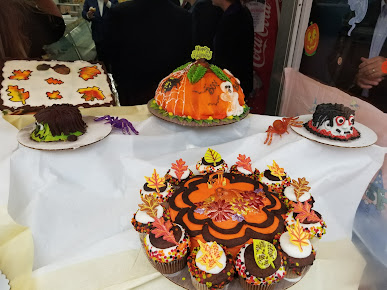 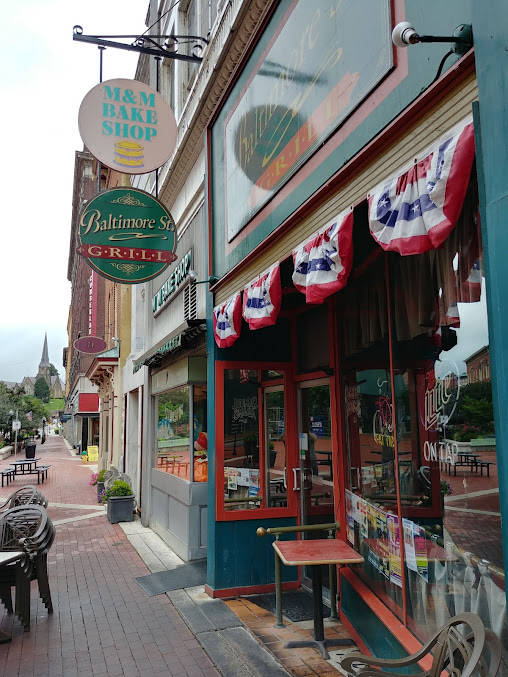 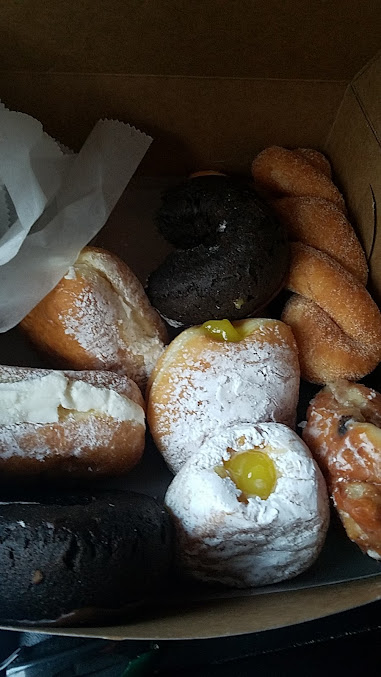 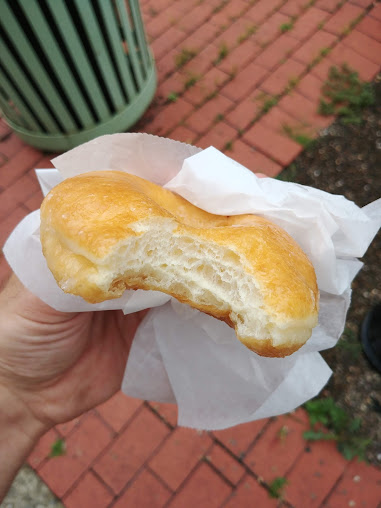 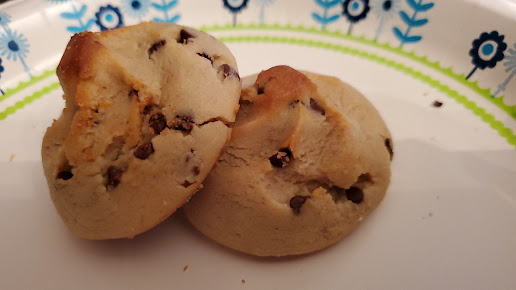 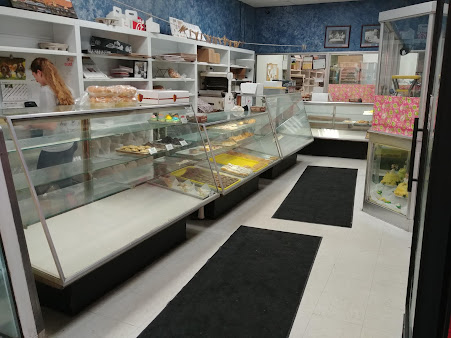 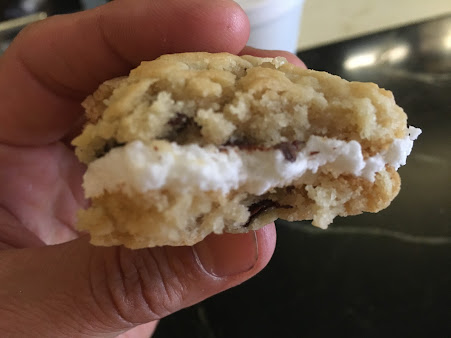 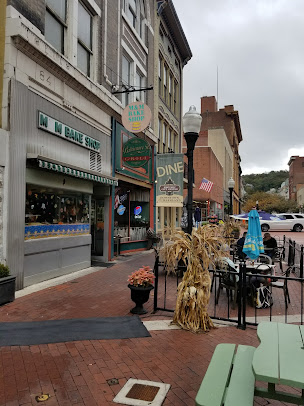 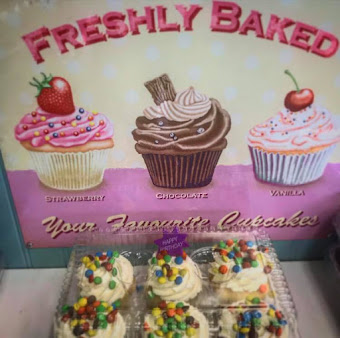 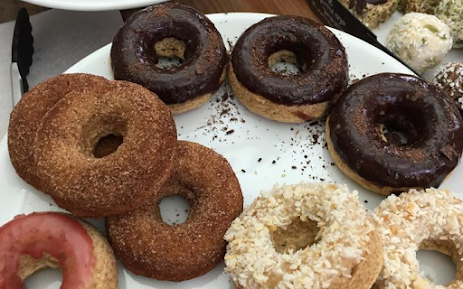 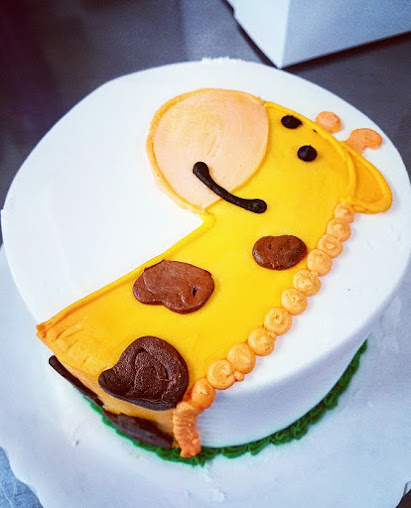 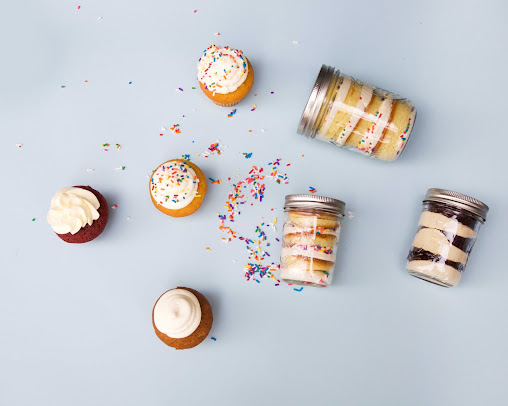 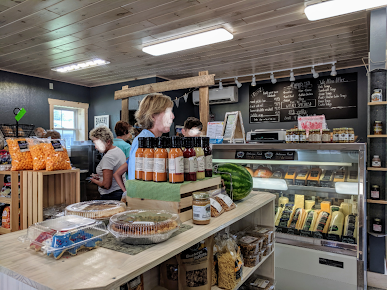