You will see the opinions of people who are using the services and products of Invictus Law (Attorney) near to the state of Virginia.

Currently the firm receives a rating of 4.8 over 5 and the score has been calculated on 32 reviews.

You must have seen that it has an average rating is nearly the best, and it is based on a very high number of reviews, so we can be pretty sure that the score is quite credible. If many people have bothered to evaluate when they are satisfied, is that it works.

As you know, we don't usually bother to put tatings when they are positive and we usually do it only if we've had a problem or incidence...

This Attorney corresponds to the category of Criminal justice attorney.

Where is Invictus Law?

REVIEWS OF Invictus Law IN Virginia

Absolutely the best Firm in Virginia Beach!!! Very professional and knowledgeable of everything i needed. Received the outcome i was expecting and felt a sense of Family in talking to the staff at this Firm. Definitely an amazing place!! Highly recommend!!

After having no luck with Attorneys specializing in Circuit Court Bond Appeals, my family contacted Invictus Law and spoke with Eric Leckie. Mr. Leckie agreed to take my case on short notice which was also in the city of Hampton. I explained to Mr. Leckie what my hopes were, which was to be home for the Holidays, and he said he would do everything he could to get me there. He was able to secure a court date and a bond within 4 business days. Because of Mr. Leckie’s knowledge and flexibility, I was able to spend Thanksgiving at home with my Family. I would highly recommend Invictus Law to anyone in Hampton Roads. I definitely would retain this firm again if need be. -Anonymous

Mr. luckily is the best. Mr. luckily did he job and once never lie to me he has always told me the truth. So if you ever needed a great lawyer and you know that you didn’t do anything wrong please call Mr. luckily!!!

Mr. Eric Leckie is an excellent criminal attorney. His office is about a block away from the VB courthouse. Whether you’re charged with a traffic or criminal offense, you’ll be in great hands dealing with his firm.

Was recommended to this firm by a bail bondsman. Called as soon as I was released from custody. Eric saw me the same afternoon. Top notch law firm. Awesome staff. Everyone is very friendly, caring, & personable. Quick at answering any questions or concerns that you may have, which eases any anxiety you may be going through. Invictus gives honest answers. No sugar coating. Mr Leckie is very upfront but at the same time compassionate. He is very thorough and knowledgeable & offers reassurance, every time you talk to him, which is calming to know that he is working for your best interests and possible outcome. His poise & confidence in the courtroom is amazing. He got me the best outcome possible. I could not have asked for anything better. As a result, I was able to keep my job, license, & continue on with my life & be with my family. Thank you Mr Leckie and staff. Tim

Good Lawyer but there billing department is a mess. Do not sign up for auto they keep pulling $500 payments with no content!

I hope this review will give you reason to put all your faith in this firm. They are very professional, but still personal. They donated their time and resources to help my cousin reduce his time being served. This will give him a another chance to change his life and contribute to society. Eric Leckie is a brilliant attorney. He gave us the confidence to stay positive and we are very grateful for his success. I never doubted his ability. I recommend him to everyone.

I retained Mr. Leckie for a few cases that hunted me from my past. Happy to say he did an excellent job representing my case. He's shown me he genuinely cares and will fight tirelessly on your behalf. Thanks for everything, I'm confident the remaining case will be resolved in my favor.

Mr. Leckie and his staff were wonderful in helping my husband with his Court Martial. They worked tirelessly to analyze the evidence and produce sound representation for my husband that led to a not guilty verdict! Thank you for saving his career and taking on a huge and challenging case! This law firm was a Godsend and we are beyond grateful for everything they did for our family!!

Mr. Leckie and his team were very honest, and helpful in my time of need. He had my best interest at heart and had me do things that would only help my case. My mind was at ease knowing Mr. Leckie and his team were doing all they possibly could for me. I received a more than favorable outcome and would definitely recommend him to anyone who needs legal advice or help.

Hard working man. Fully trust him! Has the integrity of a Saint.

Mr. Leckie is an absolute angel! He was able to get my son back to his normal routine activities in less than 24 hours. Thanks Mr. Leckie to you and your staff for giving my son a chance to get his life back on track! I wish you God's blessings!

Went to this place with my fiancee. While waiting in the office, staff never addressed me or spoke. Another client came in and they are greeted and offered bottles of water. Let a very poor taste in my mouth

Eric Leckie has helped my family tremendously during a difficult legal situation . He has been upfront with what we needed to do and he has been understanding and supportive. Mr. Leckie saved us a great deal of time and money during this time. He is very honest and generous in advising us as to the best way to handle our case. We were not at all familiar with Virginia law. This case could have caused us a great deal of grief and been a financial hardship for us but, because of Mr. Leckie's advice, everyone involved had this matter resolved quickly and can put a bad situation behind them. Thankyou very much Eric Leckie.

Mr. Leckie and his team at Invictus Law are the pinnacle of professionalism. Every interaction with him and his staff throughout the legal process was handled with incredible confidence and skill that took the anxiety out of a serious situation. They worked with me to get through a 7.5 month deployment by handling all the technicalities. Mr. Leckie gave personal time and attention to my case. He did specific research to find similar cases to build my case. I recommend Invictus Law to everyone. He knows exactly what he’s doing and he is the best.

Through 18 months pre-trial preparation, Eric Leckie consistently demonstrated his knowledge of Virginia law and thoroughly researched the many nuances of my particular case. He skillfully coordinated his defense by meeting with many people in the various offices instrumental in ensuring a fair trial for a very unusual and difficult case. He worked tirelessly and effectively with the Sheriff’s office, doctors and medical specialists, and prosecutor ‘s office to make the outcome of our situation as good as it could possibly be. Both he and the entire Invictus Law staff were supportive, responsive and understanding during this difficult time. I can unconditionally recommend him to anyone needing legal assistance.

Eric leckie and his team where incredibly devoted and courageous in and out of the courtroom. My career was on the line and he kept me employed and out of debt. His rate was incredibly reasonable and he is the only lawyer I'd recommend to anybody.

Invictus Law gets results! We can't say enough about the resoundingly successful outcome of the court hearing for my wife's accident. Invictus Law championed our cause against a recalcitrant insurance company and got my wife much-needed compensation for the injuries, trauma and damage she sustained. My wife, who was pregnant at the time of the accident, was hit by another driver who failed to see her at a four way stop. Although the damage to the car was minor, the event traumatized my wife who was greatly concerned about potential injury to our unborn son. The other driver's insurance company made light of her injuries, her trauma and the damage to her vehicle by refusing my wife any compensation even though their client (the other driver) was clearly at fault. We were at a loss as to how to proceed until we were introduced to Invictus Law. The legal team at Invictus Law provided us with the counsel and support we needed to take on the insurance company. The staff at Invictus Law professionally managed the scheduling of the various appointments, maintained communication with the other driver's insurance and kept us informed of developments within the court. Invictus Law met with opposing counsel to talk about a possible settlement. When they refused to make a settlement, our lawyer, Eric Leckie, began the process of preparing my wife for court. My wife was very nervous, but he allayed her concerns and bolstered her confidence for her court appearance. He skillfully handled the court proceedings and the judge ruled in our favor! We can't thank Invictus Law enough for their determined professionalism and concern for our welfare. They took our seemingly hopeless situation and turned it into a very positive outcome!

Mr. Eric Leckie is one of the best attorneys I’ve ever met. He listened to me and put my mind at ease while I was going though my situation. He won my case for me and I can’t thank this man enough for how he helped me and my family. I highly recommend Mr. Leckie to anyone that is in need of professional knowledge when it comes to the law. Thank you again Mr. Leckie

A few months ago I was hit by another driver at a four way intersection. The insurance company of the other person denied my claim and refused to repair my vehicle, stating that since there were no witnesses the accident was “no fault”. The damages to my vehicle clearly indicated that their client was at fault. I was six months pregnant at the time and this was the first time I had been in an accident. The whole experience was very traumatizing. The mere idea of going to court made me as a nervous wreck but that immediately went away when I met with Mr. Leckie and his exceptional staff. I don't have enough words to describe how great the experience with Invictus Law firm was. They work very hard to make sure you have winning results. I could not have asked for better services. They were very prompt in all correspondence and kept my husband and I informed every step of the way. They made us feel very valued and treated our case with unparalleled professionalism.

Mr. Leckie was outstanding; I was very happy and relieved with the outcome of my case.

Mr leckie is a great person to deal with and he doesn't play with you and your problem and always will do his best to make you sure you get the best out of him . 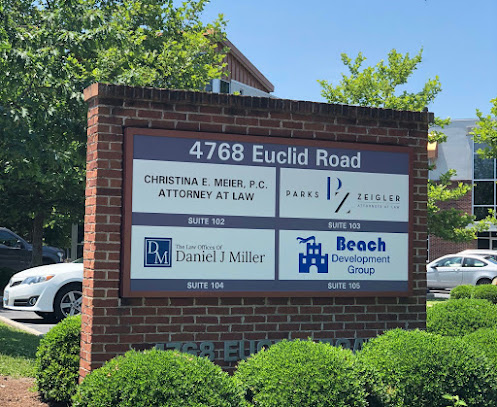 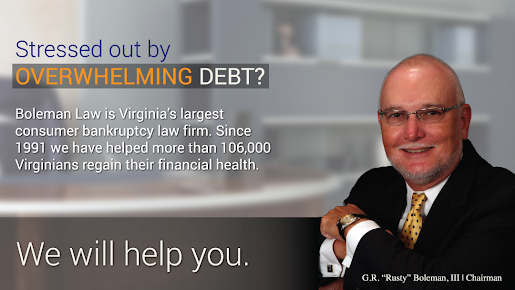