We have the information of people like you who consume the services of Naomi Hirayasu Attorney at Law (Attorney) in the area close to the state of Hawaii.

At present the firm has a score of 3.3 stars over 5 and the rating has been calculated on 8 reviews.

You must have seen that it has an average rating is average, neither too high nor too low, and it's based on an average of opinions, so the evaluation is quite credible, although it doesn't have a very high amount of ratings to give it absolute reliability.

As you know, we do not usually stop to set reviews when these are positive and we usually do it only if we've had a problem or issue...

This Attorney belongs to the category of Family law attorney.

Where is Naomi Hirayasu Attorney at Law?

REVIEWS OF Naomi Hirayasu Attorney at Law IN Hawaii

Very rude service. Receptionist was very sweet and kind, but the person whom she passed the phone to Naomi was very rude and was confusing herself with her own questions. Her excuse was I'm very old and hard of hearing. I would have understood if she wasn't so rude, but I would not recommend to any military family seeking answers or whom have questions regarding family law.

EXTREMELY UNPROFESSIONAL! I explained my situation and she cut me off and basically called me stupid for how I set up my divorce decree. continuously cut me off and yelled at me for the decisions I made like she was my mother. I tried to explain myself and just kept saying I was wrong for doing it that way. I'm crying over the phone asking for help to get custody of my daughter and she just kept scolding me. At the end of the conversation she told me "you won't win custody of your child". I DO NOT RECOMMEND!

I highly recommend Naomi, always responded on a timely matter!!!

Just a quick call (3 minutes or so) and she did most of the talking, but not enough listening. She talked on the surface about things not pertaining to our situation, but I honestly feel she thought she was being helpful-- not! Truthfully, extremely rude (cuts you off while speaking), and cold. You can tell when someone doesn't want to take a case or fight with you-- maybe it was just a bad day for her. Thank you and the 3 stars are solely based for you showing this side right away.

Yes many of you who've previously given reviews are correct. She is rude and I wouldn't recommend even thinking about picking up the phone to just call. She said I should've compromised with my abuser. What a joke!

Excellent lawyer. I highly recommend her!!! She made sure I got everything I wanted!!!

Response to review of Marie Cihak This office keeps records of all phone calls, and there is no record of a call from this person. We try to be civil when there is a call, e.g. if the caller cannot be heard, we are likely to say, not that we cannot hear them, but perhaps that the connection is bad, possibly they could speak a little more clearly. It is unlikely we would have referred to being old or hard or hearing, neither of which is true. We would however have tried to take the blame for the bad connection so as not to embarrass the caller. Even if a caller is not making any sense, we might ask more questions to bring out the facts, but would never blame it on their age, or on ours. Here is a letter of recommendation from an actual member of the military: “The law office of Naomi Hirayasu handled my divorce case while I was deployed to Operation Iraqi Freedom. This was a very difficult time for me and Naomi and her staff handled my case quickly, professionally and efficiently which allowed me to focus on the needs of my Soldiers. With a 13 hour time difference and 8000 miles separating us she responded to my e-mails after hours to help me through my divorce and was always willing to go that extra mile for me. She always looked out for me best and fought for my best interests. She was also able to get a quitclaim deed done and recorded for me even though my home was in a different state. This by far was my best experience ever in the legal system. She was able to take two people who could not agree and come up with amicable resolutions. I was glad to have her on my side.” –D. W. H. 1SG, USA Response to review of Nunes I believe that this was a CPS case where the children had been removed from mother’s custody. There were no apparently employed parties in this case. I believe a restraining order for violence had been granted to father against mother. It was pretty clear that there likely were not funds to actually hire an attorney in this case, however, the office gave free legal advice as we often do without regard for the financial solvency of the questioner. The caller was extremely hostile and aggressive throughout our very lengthy conversation during which she had lots of questions and demands regarding her cases. We nonetheless stayed on the phone with her for quite a while, long enough for us to generate more than a page of typewritten single spaced notes of our conversation, and we attempted to assist her with her concerns. It was only when we chose to mention the usual customary retainer that she chose to hang up on us. By contrast, I attach below an email received from a caller who was grateful for all the free advice she elicited and received from us: July 17, 2018 Ms. Hirayasu, I appreciate the time you spent with me which provided me the critical information needed for my family to seriously consider. I discussed your courses of action, and recommendations with my brothers and sister this evening and we came to a unanimous decision… While it took us several years to get to this point, we also realize it would have taken even longer if it was not for your “on-point” counsel, expertise and understanding that allowed us all to get over the significant fracture we have experienced in our family. It is now time to mend and heal moving forward, and start taking care of each other again. Should legal services again become a need in the future, you will always be our first choice to call. I can see clearly why you were nominated Top Lawyer in Hawaii in 2015! Congratulations! Mahalo nui loa, S.

Business Hours of Naomi Hirayasu Attorney at Law in Hawaii 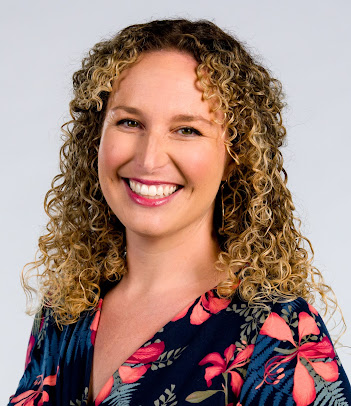