You will see all the information of people who bought the products and services of Walters & Gaston (Attorney) in the state of Arkansas.

Now this business receives a score of 4.0 over 5 and the score has been calculated on 21 reviews.

As you can read, it has an average rating is high, and it is based on a large number of opinions, so we may say that the score is very faithful. If people have bothered to give their opinion when they've done well with the service, is that it works.

You know that we do not usually bother to give reviews when these are correct and we usually do it only if we have had a problem or issue...

Where is Walters & Gaston?

REVIEWS OF Walters & Gaston IN Arkansas

This law firm talks a big talk, promises this and that, told me I had a great case against my former employer for wrongful termination. Told me I was due over $300,000 because I loved my job and would have stayed until my retirement had I not been fired wrongfully. Then they wanted me to do all the footwork, I was told to contact all my witnesses even though I gave them a list of names and phone numbers. I received monthly bills for their "services" for THREE YEARS, wouldn't return by phone calls, just nothing. I finally called the judge who handled my bankruptcy, which I had to file due to losing my job, and he called me back himself the next day. The judge is the one who told me I had won my case and my former employer had to pay $10,000 which all went to my bankruptcy case. He also informed me that Arkansas is a Right-To-Work state which pretty much means you can be fired if they don't like you coming to work inn a good mood every day. Surely this law firm knew this and could have told me on my first appointment and not built up my case, and hopes. I was glad to hear I had won and that my employer had to pay but it was nothing compared to the $300,000 I was "sure to win." Yes their receptionist was always nice to me, but that doesn't mean much in a lawsuit.

They are always polite and helpful.

Poor Poor Poor is all I can say! Michael Harry is not professional. There is not confidentiality in this company. He will take information from you before doing a conflicts check and then give it to the defendant after he puts a spin on it. Complete crook!! Pathetic and sorry. He is great at taking from the hard working and giving to the petty low lives.

Gaston's owns storage units in Greenwood. This is where you make your payment

Troy gaston!! He's the guy! Helped me out! Give him a call for criminal cases!

I paid Michael Harry in full to handle my custody case 3 years ago and nothing. I ended up waiting and waiting now he is not with this firm and so I guess I just lost 2000 dollars on top of not getting represented and screwed in court thank you Walters and Gaston. I'm in the process of asking for my money back nicely but I assume I will have to sue them. Do not use this firm do not ever pay a lawyer in full.

Not helpful on workers comp case

I have used Walters and Gaston and have recommended them to several of my friends. Their staff is friendly and very effective. At a time when I needed support, they were there and happy to provide. My hope is that I never need legal assistance again, but if I do, I will absolutely be calling them first.

So far have been extremely good..

Walters and Gaston have taken care of all of our legal needs. Would recommend them to you if you find yourself in need of a good lawyer...

Walters & Gaston has provided our family with excellent legal services over the years. I appreciate the help that they provide. I am happy that Troy Gaston and his legal associates are available to serve the needs of our community.

Impressive attorneys! Helpful and knowledgeable and willing to problem solve. 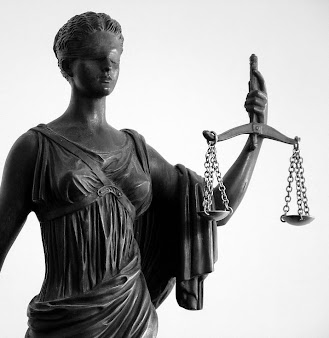