We've got all the feddbacks of people who purchased the services of Phillip Paul Weidner & Associates (Attorney) near to the state of Alaska.

As of day this business receives a rating of 3.4 stars out of 5 and this score was based on 5 reviews.

As you can read, its rating is discreet, but it is founded on few opinions, so you will assume that the assessment is not too accurate.

As you know, we do not usually stop to place tatings when these are correct and we usually do it only if we've had a problem or issue...

This Attorney belongs to the category of Trial attorney.

Where is Phillip Paul Weidner & Associates?

Finding the absolute best attorney for your needs is just as important as finding the right doctor when you or a loved one is facing serious medical issues. From my experiences with attorneys through the years, Phil's brilliance, integrity and kindness have been second to none.

Horrible lawyer, I don't even want to write the specifics because horrible describes this attorney perfectly. Oh and very rude office staff too. Go somewhere else.

Phillip Weidner is the most principled attorney I have ever hired. I was indicted on marijuana and gun charges in the late nineties and was facing ninety nine years on nebulous conspiracy charges. I paid him a flat fee to defend me. After that he was my personal legal pitbull. He spent seven and a half years fighting every motion he filed, from AK Superior Court to AK Appellate Court to the AK Supreme Court. After exhausting state courts, every motion was filed through the Ninth circuit and then through the US Supreme Court. This was time consuming and costly to his firm. He never pressured me to take a plea, in fact he assured me that we needed to fight on. Remember, I’d already paid him up front. I dare say most attorneys would have encouraged me to cut a deal but for Phillip it wasn’t about what was best for his firm, it was about what was the best deal he could negotiate for me. The State went from offering me four years in prison, then two, and finally no time, just probation. If I would have declined that offer he would have happily taken my (weak) case to trail. I remember during my Evidentiary hearing the courtroom filled up with lawyers taking personal time to observe his cross examinations. He is a legend in the legal circles of this state. This man got me through a most difficult time in life. I will always be in his debt.

If I could rate it less than 1 star I would!! This attorney did not try to contact for 15 months, since Oct, 2015 until Feb, 2017 to tell me he had made a mistake when he was disbursing the funds out of my settlement that he forgot to pay Medicaid $25,000!! So now I have to pay for his Mistake that he made that long ago to help me find justice now that im a complete t8 paraplegic since Aug of 2009. All I can say is make sure he actually finishes you're case and that he does not make anymore Mistakes that you will have to take care of a year or so later. Very poor job, Terrible expierience!

We could not be more delighted to recommend Phil Weidner who was our attorney and who obliterated the opposing counsel representing both the family and their insurance company. If you are going into legal battle where the stakes are high and you refuse to compromise your innocence, you won't find a better legal mind and warrior to represent you. 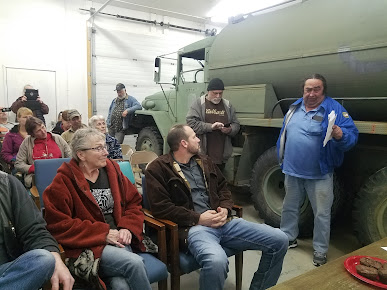